Today I decided to move to a new hostel closer to the city centre of Taipei. This would make it more convenient to move around in Taipei. Besides the new hotel was supposed to be cheaper as well. However this turned out to be not quite true as I would describe more in the next vlog. But before moving down to the city centre I wanted to explore more of the area I was staying at, which is called Taipei Bridge. I recalled to see a lot of food stalls around this area in the evening when I first arrived in Taipei and wondered how it was during the daylight. 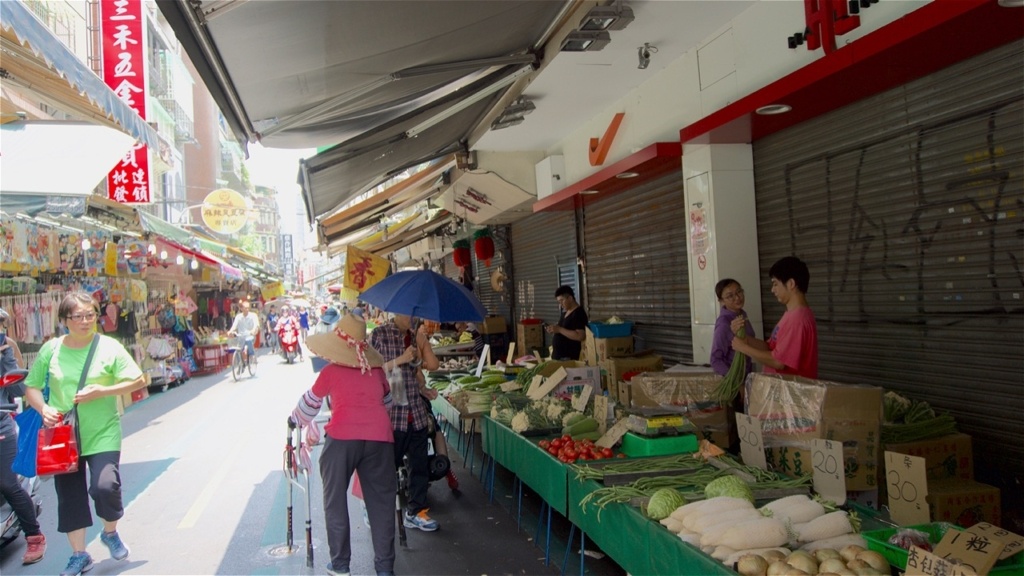 It turned out there was a huge food marked that sold everything from vegetables to fish and meat. The atmosphere was quite lively as well! I believe this was the night market I wandered into the other day.

For lunch I went to a restaurant that sold many different kind of dishes that looked quite delicious! There were also a lot of people in the restaurant, meaning the food probably was quite good and affordable. I went ahead and bought a cocktail of vegetables along with a bowl of rice. The price came to 85 NT or about 3-4 dollars (about 25 NOK ).  I also bought some dumplings from another street vendor which were cheap and taste amazing. Dumpling is a must-try food in Taiwan! 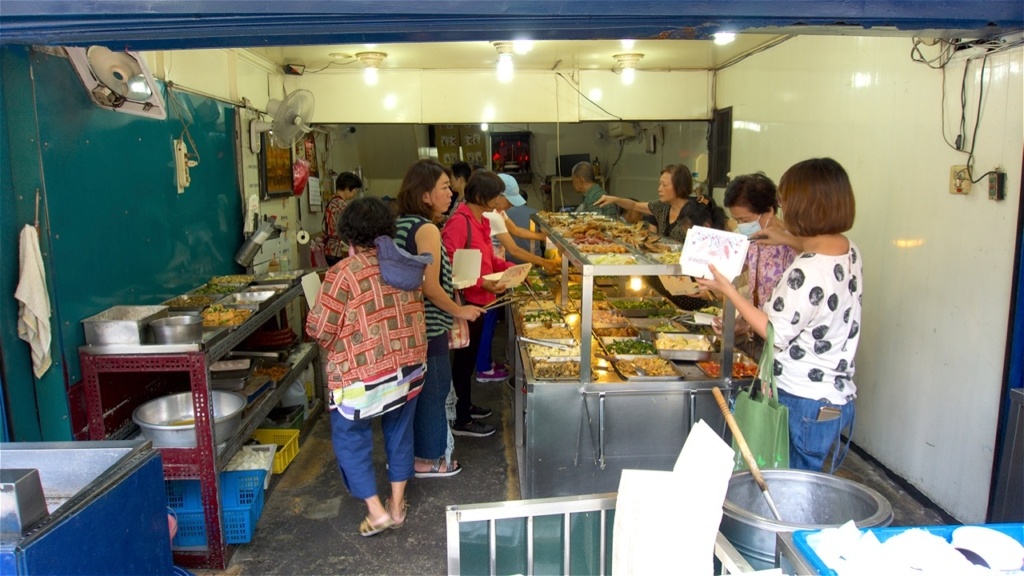 I didn’t eat the restaurant but went to a park nearby to eat my lunch. The park was clean, cool and calm and it was a great place to eat and talk!