Before coming to Taipei, I’ve heard that the Taiwanese are crazy about their night markets. And o-boy they surely are!

I’ve seen a couple night markets since I arrived in Taipei; one in Taipei  Bridge and the other one in the city centre near my hostel. But to fully experience a real night market in Taipei  I visited the presumably largest night market in the city called Shi Lin Night Market. Shi Lin is located in the northern area of Taipei. So to get there I used the metro which is quite comfortable and precise. The night market was about 5 minutes walk from Shi Lin metro station. 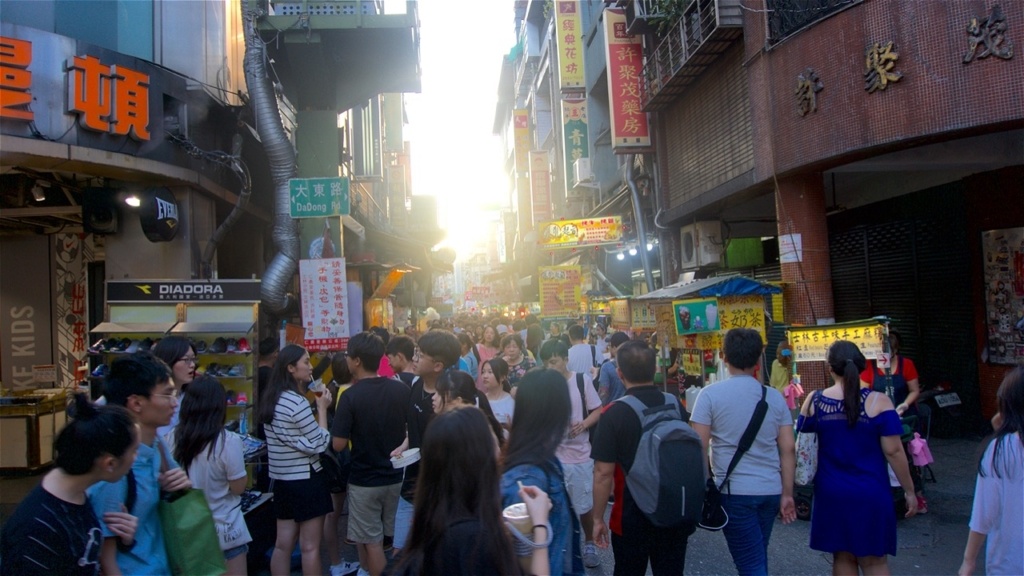 The first thing that  struck me when I arrived in Shin Lin was the number of  Ice Tea shops there were! The streets were quite clean and there were lot of interesting shops, both locally brands as well as international ones. At the actuall street where the night market resided I was overwhelmed by the sheer amount of people that were there! It was crawling with people and most of them had one thing in their mind; EAT! 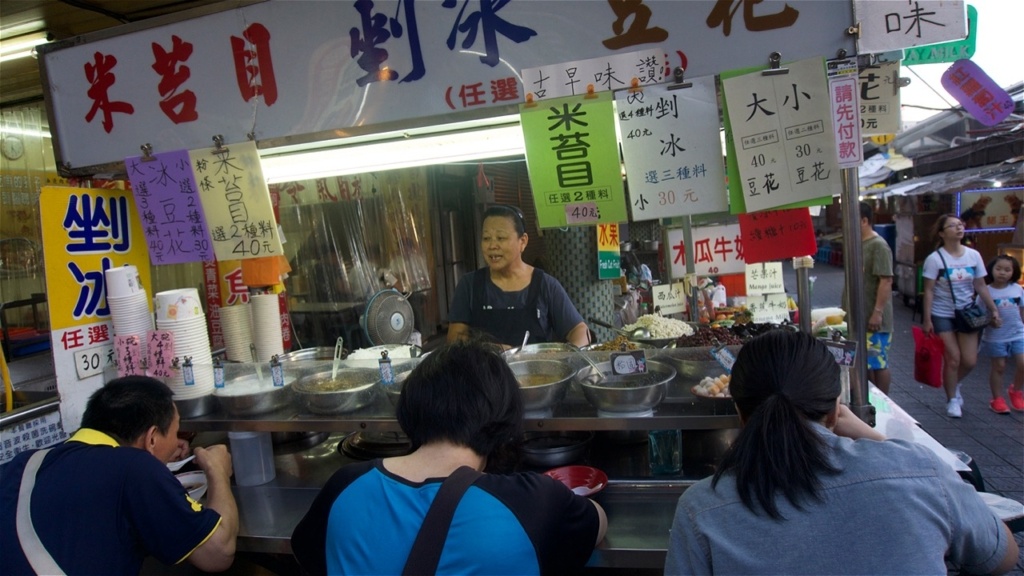 The street was filled up with food stalls that sold all kind of food; meat, seafood, juice, dumplings, chicken feet, eastern medicines, dessert and so forth. A special chinese dish that I experienced in Hong Kong was also available here; stinky tofu. As the name suggests – the tofu stinks and one could smell it several meters away. Did I mention about the Ice Tea shops? Yes there were quite few of them at the night market as well! A downside was that most of the food selling at the night market were fried using a lot of oil. This  is something that I’m not so fond of, hence I didn’t try or eat much. 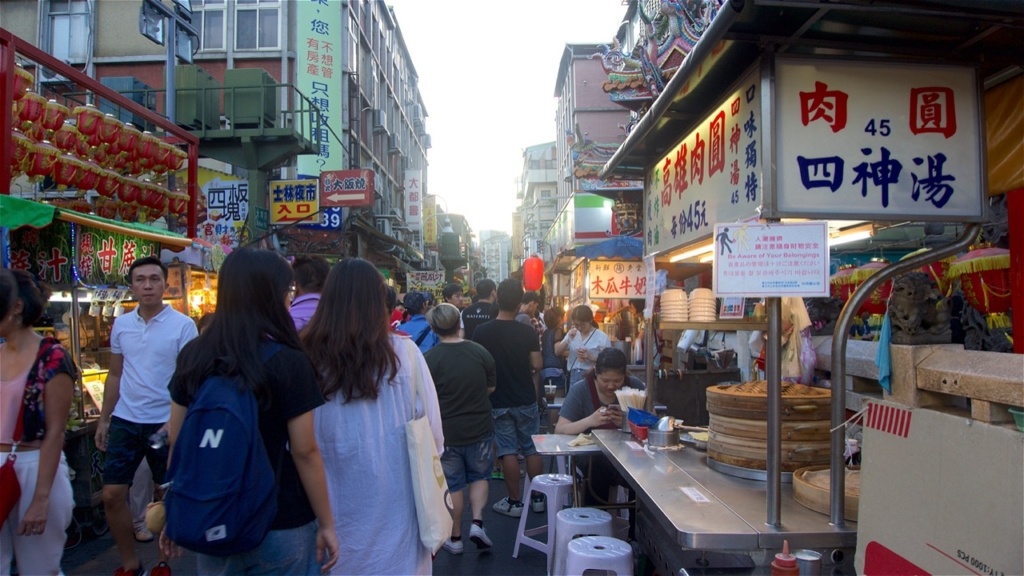 Later that evening I also went to the night market in the city centre near my hostel. Similar to the Shi Lin market, there were also a lot of people in this market. Actually, there were barely spaces to walk without touching or bouncing into people in certain sections of the market! For the food it was mostly the same as in Shin Lin, with a lot of fried food. However I could see that there were more tables where people could sit and eat than in Shi Lin. 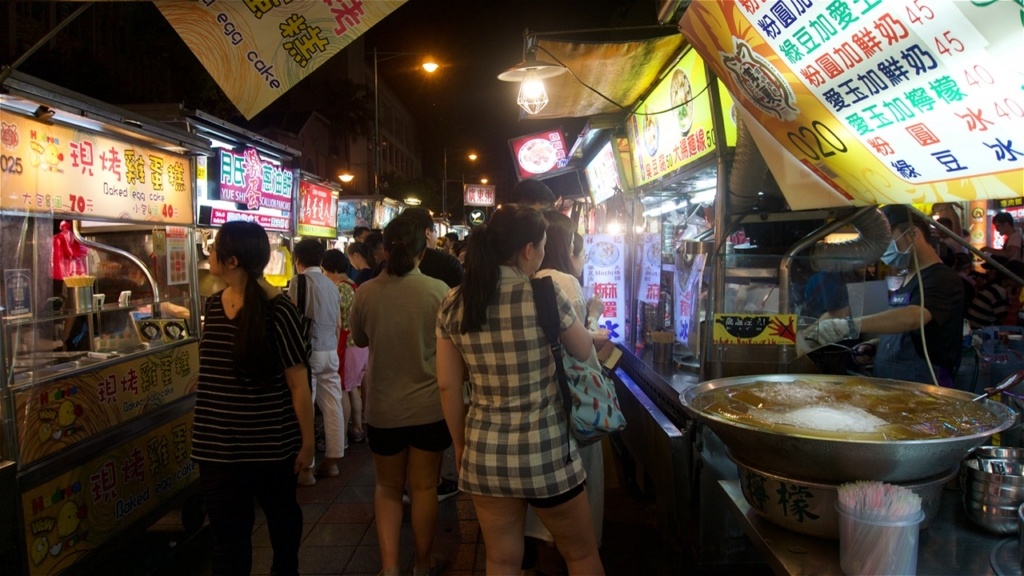 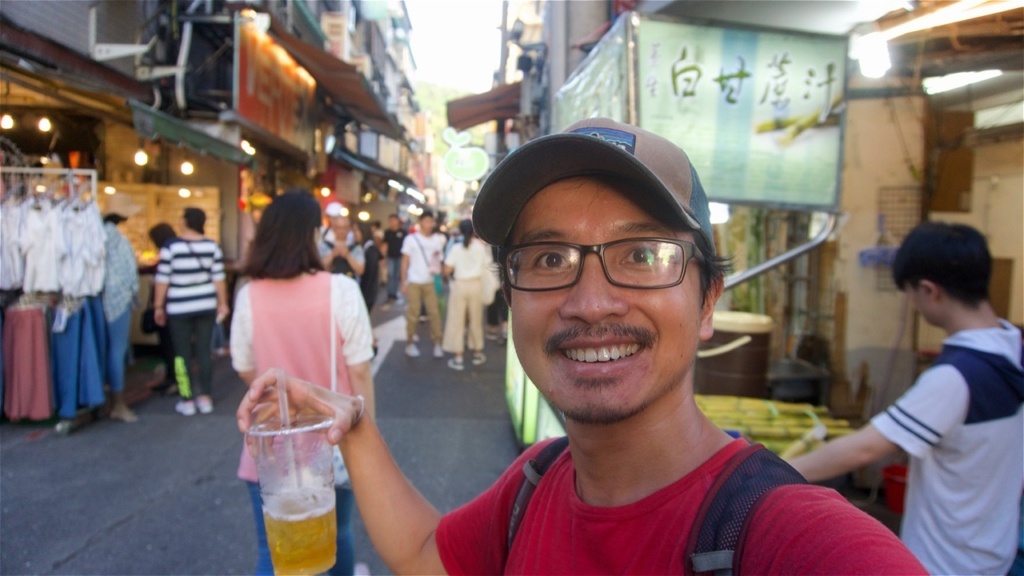